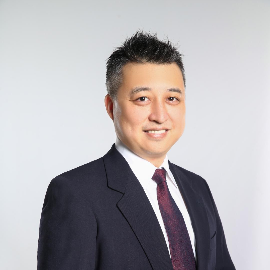 Along with The Bridle Path and Forest Hill, Toronto,The Kingsway is one of the most affluent areas in Toronto and homes are characterized by large stone mansions of English style. The 2012 average price of a detached house was $2,931,065.The mandatory 2006 long form Census found that 535 homes are owned (Source: Statistics Canada, 2006) and the 2011 voluntary National Household Survey returned similar results as it was determined 520 homes are owned within the tract (Source: Statistics Canada, 2011).

The neighbourhood is predominantly residential with a mixed-use (commercial and residential) area along Bloor and Dundas Streets. The majority of the housing stock is single-family detached homes. There are apartment and condominium buildings near the Old Mill subway station, as well as in mixed-use buildings along Bloor and Dundas Streets. A rail line runs through the north-west quadrant of the neighbourhood. Parkland lines the banks of the Humber River and Mimico Creek. 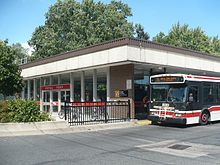 Royal York station is a subwaystation located in The Kingsway. 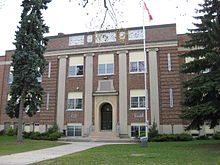 Etobicoke Collegiate Institute is a secondary school in The Kingsway.

Two public school boards operate schools in The Kingsway, the Toronto District School Board (TDSB), and the Toronto Catholic District School Board (TCDSB). The TDSB operates one secondary school in the neighbourhood, Etobicoke Collegiate Institute. The secondary school was established in the fall of 1928 and is the first and traditionally central school for Etobicoke.